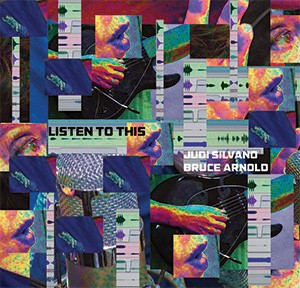 "The definitive breakdown of musical categorization was delivered in 1962 by Duke Ellington: “There are simply two kinds of music, good music and the other kind.” File this album in the Good Music section."

“This is some Beautiful Cosmic Music created by two of the most inventive musicians on the scene today.”

"Brilliant. Love it; almost a Kraftwerk twist to it."

Featuring Judi Silvano on vocals & effects and Bruce Arnold on guitar & devices. There last time I reviewed a disc by Judi Silvano, was when she did a superb duo CD with the late Mal Waldron, somewhere around 2002, a long time ago. I’ve kept my eye and ear on guitarist Bruce Arnold since he collaborates with an odd selection of characters: Omar Tamez, Thomas Buckner, Roberta Piket and Ursel Schlict. So, I didn’t know what to expect when this disc appeared in our mail. It turns out this these two have created their own world, altered guitar and vocal/ sounds. I really like the opening song, a otherworldly blues with Judi’s hip-notic vocals harmonized with subtle alien effects. A sort of fairy-tale like vibe, rather like a distant relative to J.A.’s “White Rabbit’. Ms. Silvano sounds a bit like Iva Bittova on the aptly titled “Space Lullaby”, charming and child-like at times. Mr. Arnold seems to be using some spacey devices which sound more like electric bowed strings or even birdcalls. Ms. Silvano sounds like a sorceress on “My Neighborhood”, making quietly disturbing observations about her neighborhood. Silvano’s voice/singing are coming more from the Joan LaBarbara/Cathy Berberian school of experimental vocals. Effects and devices are used selectively here, never too weird or alien. Mr. Arnold does a great job of providing sumptuous sonic soundscapes without playing any predictable single note jazz solos. Mr. Arnold’s guitar sounds like an army of chanting monks as he plays those dark floating chords in the background. There definitely some strange moments where the odd alien vocals and spaced out guitar sounds seem to come from somewhere else far away. Whatever you do, you got to check out this one, “Great Plains”, there is something special going on here, completely enchanting with that great sly groove. This is followed by “Journey to Be Free”, another stunner, with a rocking’ groove but no rhythm team, just the guitar and voice. I certainly didn’t expect this disc to be the most surprising, odd gem of the month but that is what it is. Check out this duo at DMG next month.

The intuitive understanding between musicians is called “chemistry” and Listen To This, with Judi Silvano and Bruce Arnold has chemistry in abundance. The duets on this recording, some improvised, some composed, show a duo who are intensely tuned into every nuance as they follow the sonic twists and turns of these 12 striking songs. This is some deep listening.

While Judi Silvano may be best known for her extensive jazz catalogue, her passions extend well beyond, to embrace classical and free improv music. Her background in modern dance also adds an underlying spatial physicality. It is this spatial element that is particularly present on Listen To This, and a likely reason that working with Bruce Arnold proved to be so rewarding.

Hailing from Sioux Falls South Dakota, Bruce Arnold has been exploring the potentials of his beloved electric guitar for years, using the program SuperCollider to summon up atmospheric soundscapes. His added fascination with 12 tone and pitch class theory as applied to improvisation lends his playing a distinctive harmonic and melodic voice. To find out more about what equipment was used on this recording please see bottom of page.

When the two artists decided to see where a duet situation would lead them, both were surprised at the ease with which they created engrossing, evocative music. “I couldn’t believe how comfortable Judi was with pedals and effects she had never used before.” says Arnold. “And what she did with them was so cool, it was great to improvise with; it felt very free to create along with her.” As for Silvano, she says “Bruce has exactly what I look for in a musician- he is literate, sensitive, and incredibly open in his approach.” 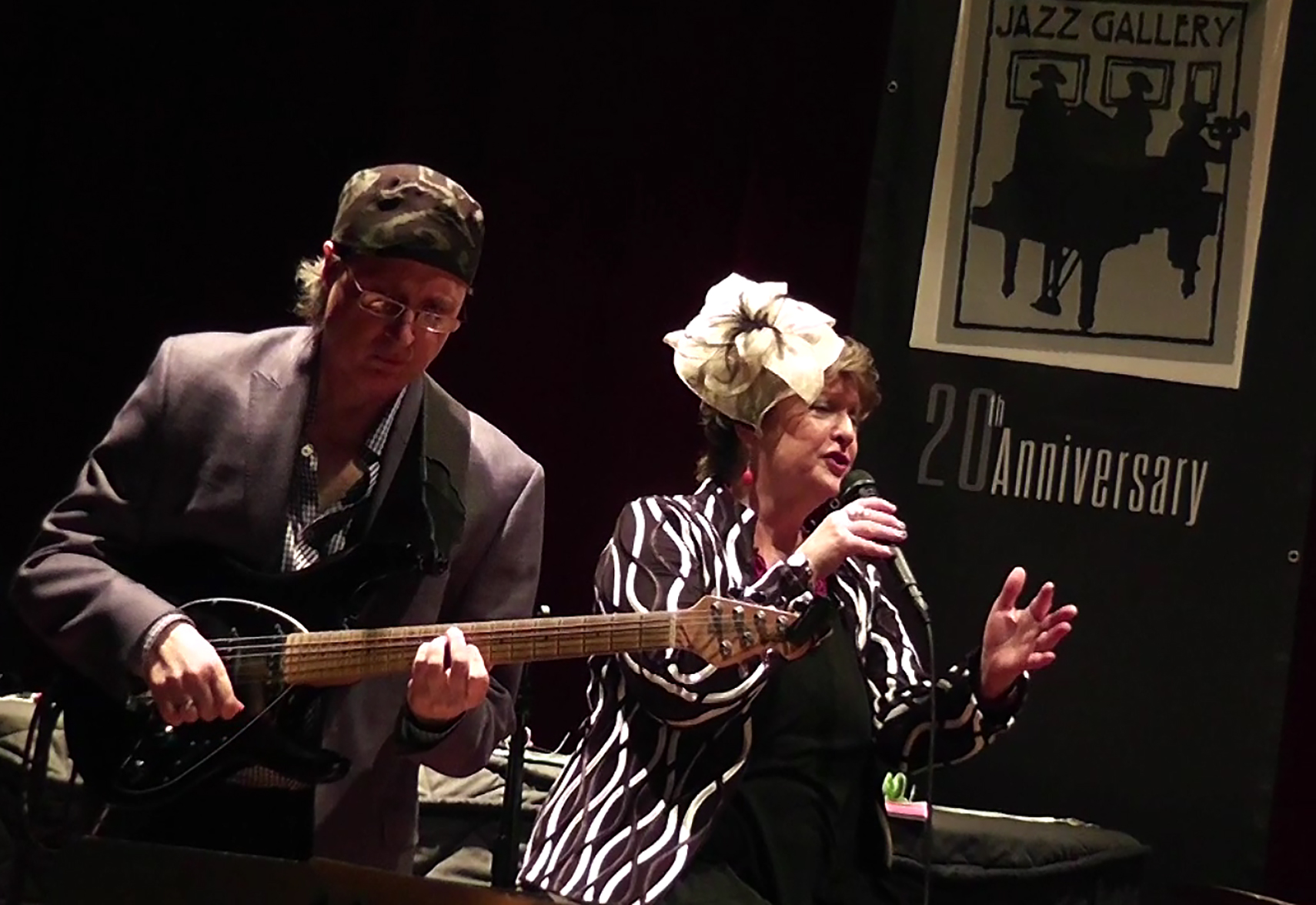 Listen To This opens with “Remembrances” a bluesy rumination that is made sinister by the use of a half step combined with a major 3rd. A free improv that become a story of life's complexity.

The other tracks on "Listen to This" are:

Excerpts from "Listen to This":

Michal Shapiro created a video using one of the compositions on this CD entitled "My Neighborhood." This video was honored by the Photoworks Organization Of Glen Echo Park, Maryland, USA and included in one of their video shows. If you order the CD download of "Listen To This" a copy of this video will be included.

Award winning video of "My Neighborhood"

The Equipment Used on This Recording

This CD used extensive live audio processing of the voice and guitar. Below is a list of the equipment used:

To find out more about Judi Silvano or Bruce Arnold please visit their websites.