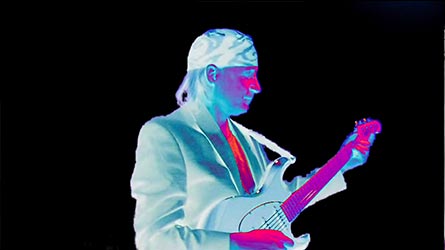 With my latest release of “Approach Notes” I started to talk about my own history as an aspiring musician. It occurred to me that you might be wondering “who is this guy, and why is he writing all these intense books?”

So I thought I’d talk a bit about my experience as a South Dakota kid moving to the big city of Boston to go to the Berklee College of Music. Talk about green!

I was hungry for information about music. Kind of interested in jazz, but more interested in applying jazz to rock, blues and funk; what they were calling at the time Fusion. That was about it. I had listened to some jazz, made the rounds through Bird, ‘Trane and the rest, but really knew nothing about what they were doing; the history of the music or what special significance that Boston might have to all of this. I just thought all the jazz guys who lived in New York were probably from there and had very rough lives living in a racist culture and trying to make a living playing music that wasn’t so popular.

I found an incredibly vibrant music scene in Boston. I thought that was normal and I had no idea that it was a special time, that I was surrounded by the students who would become the next wave of major musicians in most styles of music. In comparison to most of my classmates, all I felt was “boy do I suck.” In some ways that was good, because it made me practice like crazy. I was up at 6am and going to bed at 1am. Back home I used to sleep at least 8 to 10 hours so that was a big adjustment. I’d never been in a big city, never seen a homeless person or a hooker and Berklee at the time was only a few blocks from some very shady neighborhoods. Not that I knew that– at least the first year, I was mostly in the practice room shedding.

There is much more that could be reported about my time at Berklee but let’s just say things improved. I had a lot of great teachers and mentors and tons of jam sessions and gigs. Over time I became a much better musician and got to play with or at least hear many of the great musicians that were there at the time.

What I didn’t realize until recently was the history of education and development of improvised music that had taken place in Boston since the early 50’s through the sixties, and the reason Berklee was Berklee. Many seminal figures in the development of jazz, free music, experimental music had their roots in the Boston area or were there for some time. Of course where there are great musicians, there are usually great teachers in the background somewhere. Boston was no exception, with people like Madame Chaloff who taught everyone from Leonard Bernstein to Keith Jarrett –the list goes on and included my teacher Charlie Banacos. There was also Mick Goodrick who took me under his wing and I’m forever grateful for that. But amazing teachers on all instruments were there. Some taught at Berkelee and many, like Charlie and and his close friend Jerry Bergonzi had their own private practice.

I first started with Jerry Bergonzi because my roommate David Askren said he was “the shit.” He was right. Every week was a massive study of some improvisational concept. Jerry was and still is a great teacher. He was serious but could be very funny at times. Always positive and encouraging but again the level of improvisational concepts he was laying on me was mind boggling. It was like Berklee on steroids –and I had thought Berklee was hard! After a few years I got to study with Charlie. At my first lesson with Charlie I played for him and he said “You sound good but you are doing everything wrong.” Then he proceeded to tell me all my problems. He was dead on. I couldn’t hear, I had bad technique, –the list goes on. But I left with a feeling of pleasure because he was going to fix these problems but also with another feeling –like “what the hell have I been doing for the last 10 years!” I had been practicing 10 hours a day and I had been doing it all wrong! That took some time to get over, but as I progressed I realized just how lucky I was to have Charlie, Jerry and Mick along with the great teachers at Berklee to steer me in the right direction.

I was studying with Mick Goodrick for a while and at one point he said to me “Bruce, I’m passing the torch to you.” I was flabbergasted but also realized that that was what had been happening. All these great teachers were passing the torch to me so that I could help people in the future. As I ventured out and moved to New York and played around the world, I realized that most of the things these great teachers had taught me was hardly being taught anywhere.

Since I had had such a hard journey to get the right information to fix my own problems I felt obligated to “pass the torch” to my students –which I had plenty of, working at many of the great universities in the New York area. I also needed teaching materials and in my last few years with Charlie I got an apple computer and started inputting many of his lesson ideas and ideas of my own. But now with a computer, I started printing these things out for students. They loved it. It gave them direction and totally kicked their behinds because as Charlie use to say. “Learn the hard stuff; then everything else will be easy.”

Over time this developed into the Muse Eek Publishing Company. At the same time I was in New York and getting to play with amazing musicians so I was developing my creative side and digging into using Pitch Class Sets as an organizational component to improvise. So now I had a personal artistic direction and a burgeoning music publishing company. I dug in deep writing 9 CDs of original music using pitch class set improvisational ideas. I started publishing all the information that I had been given by these wonderful teachers with in Boston and adding in some of my own ideas. I could see that no one else was doing it, and I didn’t want this invaluable information to be lost because I knew how much it helped me to improve my musicianship.

I continue to this day doing exactly that. Writing and playing music with terrific artists, and putting out education books, and interacting with students all over the world. I hope that by “passing the torch” I help others to become the best musician they can be.

The Historic Precedents Of This Kind Of Music Education

You might enjoy checking out the “Music Education Genealogy Chart” located on my artist’s site. You will clearly see the historic progression of pedagogy that is the basis for Muse Eek Publishing Products. Great musicians throughout history have been studying the ideas presented by Muse-eek.com which derives its content from a a lineage that stretches back to Scarlatti!