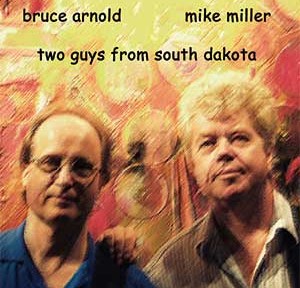 One wouldn't think that the back waters of South Dakota would be a place for artist expression. That's where I grew up in the 60's. We didn't even have FM radio. All you heard was AM radio... We didn't hear people like Jimi Hendrix, or Jeff Beck -- much less Howlin' Wolf or Washboard Sam. But going against the grain were musicians like Mike Miller, Dave Wood, Mark Craney and a host of others whose artistic and musicianship level was equal to anyone in the world. I was incredibly lucky to be around these musicians during my formative years, and to hear them play. Of course I had no idea they were as great as they were. I figured "that's the level of a professional musician and that is the level I need to aspire to."

Years later I realized just how fortunate I was to be around these great musicians who not only played well but had their hearts and minds in the right place and so transmitted to me the values I live by. This held true during my years at Berklee College of Music when I played duets with anyone that would have me; once again being lucky I was in Boston at the peak "guitar" period having such great musicians as Bruce Bartlett, Wayne Krantz and Mick Goodrick to interact with.

Further down the road I connected with Mike during his frequent travels through New York City. Mike was gracious with his limited time and agreed to get together to play in the privacy of my apartment. It was so affirmative for me to connect again with such a great musician; to enjoy his love for making music combined with the humor and wit that have always been part of his playing.

Now, in 2004 I have a recording studio in Manhattan -- I invited Mike over to record with the hope that we could capture some of the kind of musical dialogue that I hold so dear. For me there has been few things as great as sitting in a room with another guitar player and just making music. No ego, no agenda, no politics -- just a need and want to interact and make music. I believe this recording captures this kind of interaction and I hope you find it as enjoyable as I do.

Get Two Guys from South Dakota...today!