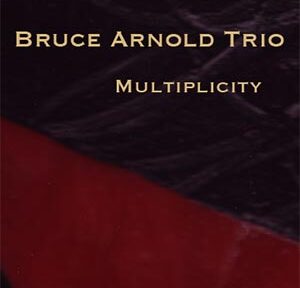 What more can be done to the mutable blues that has not been done yet? The Bruce Arnold Trio’s new CD “Multiplicity” contains eight new compositions all based around the blues that push the form into new, thought provoking shapes. Throughout the CD this well honed trio (Ratzo B. Harris. Tony Moreno and Bruce Arnold) burns through new avenues for the blues pushed along by Bruce’s singular improvisations and composed rhythmic shifts. The compositions and improvisations all utilize a semi-serialized approach, being based on the development of a 1/2 step and a minor 3rd.