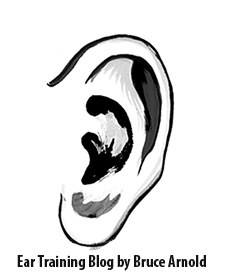 Key Based Ear Training Vs. Interval Training
Key Based Ear Training Vs. Interval Training
I often get emails about Contextual Ear Training vs. Interval Training below are some thoughts on the subject.
Hearing intervals and hearing within a key center are two very different things.  It’s not that you couldn’t do both things but using intervals for ear training can conflict with basic aspects of contextual ear training.
Interval Problems When Learning A Song
The most common problem is teaching people intervals based on a song. It makes them try to hear every interval isolated and the same, no matter where it is occurs within a piece of music.  For instance, the first two notes of My Bonnie Lies over the Ocean is a 6th but really it’s the 5th up the the 3rd of the key.  If you try to identify other 6ths like a b7th up to 5th within a key center then it certainly will not sound like the 6th you hear in My Bonnie Lies over the Ocean.
Singers and the Interval Problems

Also, singers who try to sing from one note to the next via the interval rather than hearing within a key center often sing out of tune and of course seriously miss seeing the bigger picture of how one tune may be similar to another, such as how they both start on the same note of the key center, or have similar melodic patterns that exist throughout the melody. It’s kind of like crossing a stream and only seeing the stepping stone that is right after the next, instead of looking to see how wide the stream is, how fast the current is flowing, and where you are actually going!
Interval Problems When Using Real Music

Yet another of the problems in the Key Based Ear Training Vs. Interval Training dilemma is that 99% of the time a student is never taught to use their interval training with real music.  This is mostly because it quickly shows it’s short comings.  Like putting on a piece of music hearing that the first two notes played are a 5th.  But, which 5th is it.  There are 12 possible 5ths so which one is it?  As you can see before you hardly get started you have problems.  (It gets really problematic when you consider performance. Intervallic training may be fine on a written exam, but when one is performing, music is going by in real time. One simply cannot be counting intervals on stage. Any musician doing that is going to be left in the dust.)
Interval Problems With Modulation

Another example of contextual perception is demonstrated when you have chord progressions; let’s say there are two chords and both are heard in one key center -let’s take a blues in C at a moderate tempo.  When you go to the IV chord you won’t modulate, you will just hear the F7 as F=4, A=6, C=Root, Eb=Flat3.  But someone with interval training will often hear the notes of the F7 chord in F.  Or they will hear any note in a key based on the previous note. This happens a lot with low pitched notes.
Interval Problems With Resolving Notes

Then you have the common way people teach intervals where they tell you that the 7th resolves to the root.  The #4 resolves to the 5th.  Well they may, in some instances, but they certainly don’t always do that, so when these notes don’t resolve, and a person has forced themselves to learn that one way with intervals, they don’t know what the note is.
Interval Problems When Deciphering Key Centers

When you get to two note ear training you need to learn to modulate based from the cadence key center.  Let’s say you hear a C cadence and then two notes.  Let’s say a low Ab and an Eb.  Most likely you will hear this 5th in the key of Ab but an interval student may hear the “C” key center as a b6th relationship to the low “Ab” and think they are in “E” because “C” is the b6 of the key of “E.”
Interval Problems With Separating Two or More Simultaneous Pitches

When doing multiple notes at once, interval-trained students have trouble separating the notes if they are close together.  But if you are hearing the notes in relationship to a key center it is easier to separate the notes.  That said, it is still pretty difficult at the beginning for students to separate notes and that is why the Two Note Grandeur Piano course or the Oboe course is great because it separates two notes into right and left channels in a stereo field.
Contextual Ear Training

In the Key Based Ear Training Vs. Interval Training battle I am not saying that contextual key based ear training is a walk in the park.  You can’t just tell someone what the 3rd of a key center sounds like, just as you can’t tell a person what the color red looks like.  You can only play the 3rd and say.  “That’s what it sounds like.”  Initially many students stop doing contextually based ear training because they think it will be too hard or don’t have the patience.  Later on, even after you are doing one note ear training and are OK with the clinical exercise of hearing a cadence in a key and then guessing a note you are hearing —and while this is a good way to get started— you still need to APPLY this information to real music, to truly internalize it and make use of it. This is why you need to start doing what I call Applied Ear Training or Direct Application Ear Training as soon as possible so that you start to work on contextual based ear training not as an exercise, but as living, breathing music.
Problems Created By Not Listening To Music

Even some students with perfect pitch have problems when improvising if they don’t hear the key center.  Just a quick example.  If you only hear what each note is but not in relationship to a key center then you miss out on many things that you could be playing.  For instance if I hear a song in C I know that at any point I could be playing a blues melody in C, a major or minor pentatonic melody in C etc… The list goes on and on of things that you can do if you know the key center.  Yes in many instances the key center is easy to just intellectually figure out, but as you get into improvising on harder music it’s not so apparent and that is where the trouble starts.
Key Based Ear Training Vs. Interval Training
Personally, while it important to know what an interval is,  I can’t think of any use for interval-based ear training. The most important first step is know what key you are in and then listen to the notes in relationship to the key.  I think you can see from the points made in this blog post that Key Based Ear Training Vs. Interval Training has some major differences and you should think about this before jumping into Interval Training.

You might enjoy checking out the “Music Education Genealogy Chart” located on my artist’s site. You will clearly see the historic progression of pedagogy that is the basis for Muse Eek Publishing Products. Great musicians throughout history have been studying the ideas presented by Muse-eek.com which derives its content from a lineage that stretches back to Scarlatti! 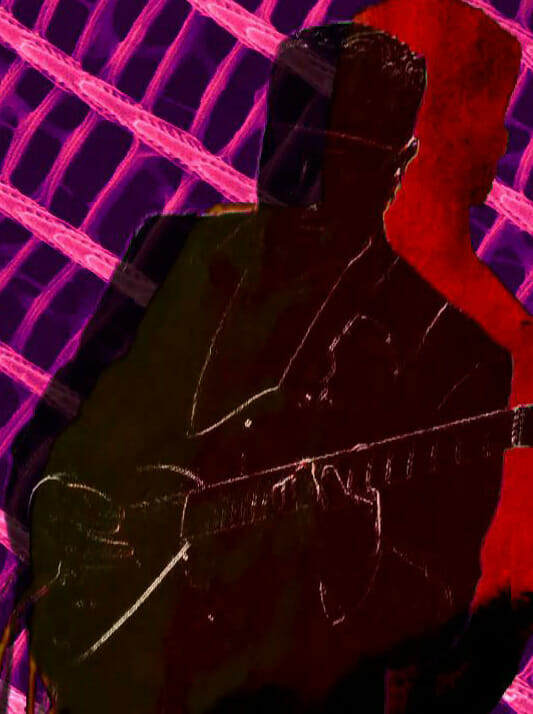